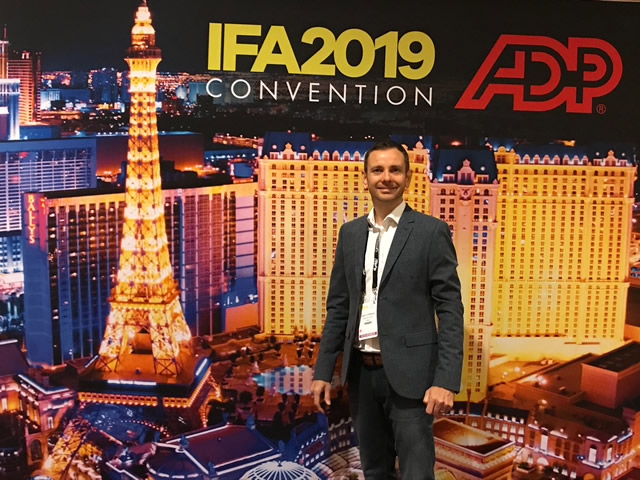 “I won the FSC of the year award in 2018 winning the prize to attend the IFA annual awards and conference in Las Vegas. We (My wife Janice and I) spent the week before the IFA conference in New York which in itself was an incredible experience and then flew across to Las Vegas on the Morning of Saturday the 23rd of February 2019. Upon arriving in Las Vegas you could already feel the buzz around franchising. The hotels were packed full of Franchise specialists from across the globe and there was a real energy. 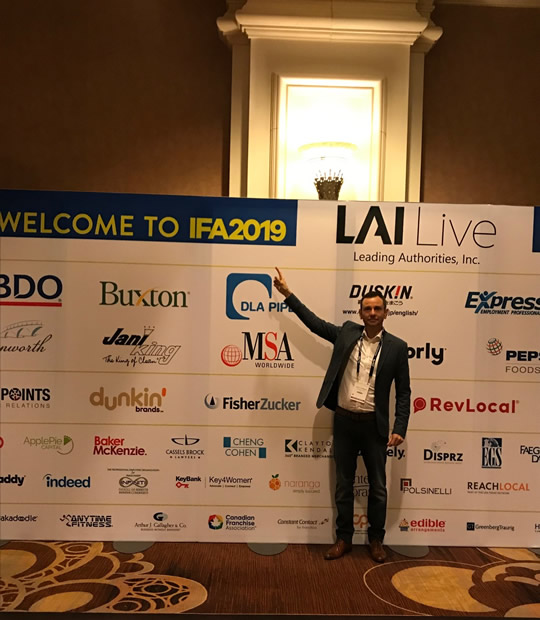 On the Sunday morning I arrived at the Convention ready to sign in and was welcomed by the friendly IFA staff who were ready to assist wherever possible. I could already feel the scale of the event as + – 5000 delegates were registering. I downloaded the IFA app before the convention in order to make connections and plan my 4 days effectively as there was so much to take in over the 4 days. I immediately got into a discussion with two Franchise Marketing specialists from Dunkin and had a great chat about the difference in the market from the States to South Africa. This would be the start of many connections and networking sessions.

I spend the next four days immersed with like-minded industry specialists and managed to network with other FSC’s across multiple industries. It was amazing to know that there were others out there in the world just like me with the same challenges.

I focused on attending round table sessions where I had unlimited access to some of the greatest minds in the industry. I specifically enjoyed the Operations / FSC session that were available and attended the IFA annual awards ceremony where the Franchise of the Year was awarded.

A couple of things have stuck with me since the function:

It was an exceptional experience to attend this event, I have made connections for life and am grateful to be part of this incredible industry. Thank you to Kauai and FASA for making this possible.”