The world opens up to franchising 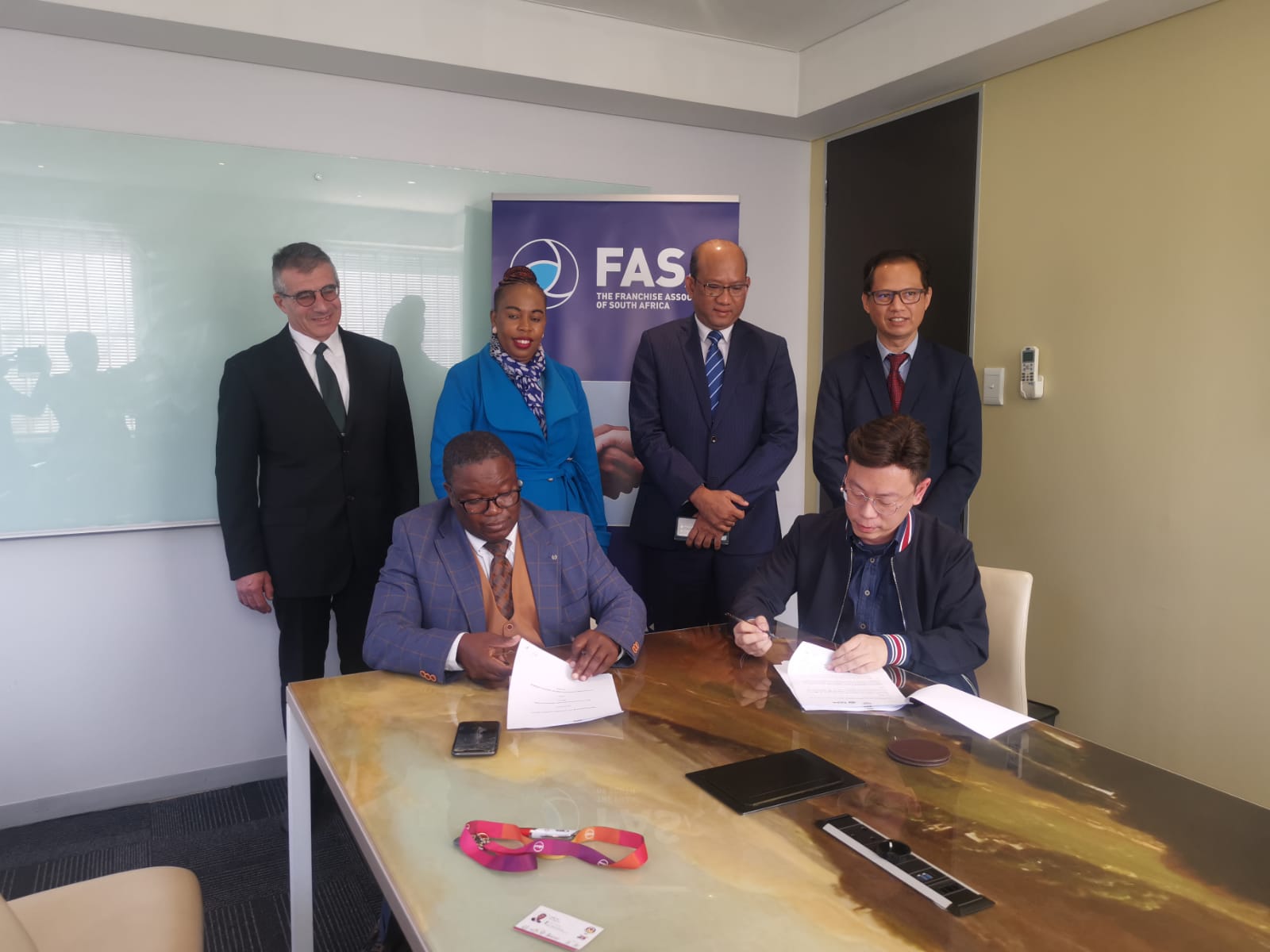 Franchises after the Pandemic

Although franchises and businesses in general have been impacted by the pandemic for the past 2 years, it seems that the franchise business model has proved resilient and franchises all over the world are bouncing back – some franchise companies are even looking to foreign markets for future expansion. The recent signing of an MOU between FASA and the Malaysian Franchise Association is a bold step in that direction.

Franchising is the one business method that has perfected going global. Think of some of the world’s most iconic brands – from McDonald’s to KFC; from Re/Max to Cash Converters – they have all become global brands taking their concepts to new territories and new markets. Whilst the USA has pioneered going into international markets, many other countries have successfully broken the global barriers in untapped markets for potential growth. Even South African brands have successfully established themselves abroad – including Nando’s, Ocean Basket and Tashas, to name just a few.

With 80% of the world’s population living in areas that are considered emerging markets, and with economists estimating that over 75 percent of the expected growth in the world’s trade over the next two decades will come from developing countries, particularly big emerging markets, which account for over half of the world’s population, but only 25 percent of its gross domestic market, the potential for franchising to cross borders is huge.

‘Going global’ is not for the faint-hearted though and a thorough evaluation of a country’s GDP per capita, general population statistics and overall health and appetite for new concepts is essential before entering new markets. Cultural barriers, political, legal and language barriers also need to be investigated as well as finding the right local master franchisee to assist with smoothing the way to establishing a brand. In this respect, franchise associations can play an important part in paving the way and opening doors to mutual trade and collaboration, as can be seen with the efforts of the Malaysian Franchise Association and FASA to facilitate trade between the two countries

The Malaysian Franchise Association (MFA) together with the Ministry of Domestic Trade and Consumer Affairs (KPDNHEP) has been working on an international expansion program called The Enhanced Franchise Development Program (EFDP). This program was established in 2015 as a hub connecting the home-grown franchisors and ready-to-invest entrepreneurs from foreign countries.

Under EFDP, MFA and KPDNHEP launched the Malaysian Digital Franchise Expo (MYDIGIFEX) when the Covid-19 pandemic hit the world back in 2020. They promoted their local franchise brands to African countries from 2020 to 2021 and received an overwhelming response from leads in the continent.

As the world is opening up after the pandemic, a trade mission organized by MFA and KPDNHEP was proposed to encourage franchisors to have a meeting with potential franchise investors in South Africa and establish ties that could also see South African brands venturing into the Malaysian franchise market.

As both the Malaysian Franchise Association and FASA are members of the World Franchise Council, with common objectives, a MOU signing was held recently between FASA and MFA. The signing of the MOU was between Secretary General, Datuk Azman Mohd Yusof and FASA’s CEO Fred Makgato.

The objectives were to identify potential collaborations and any other benefits both associations could provide to their respective members in the following areas of mutual interest and collaboration:-