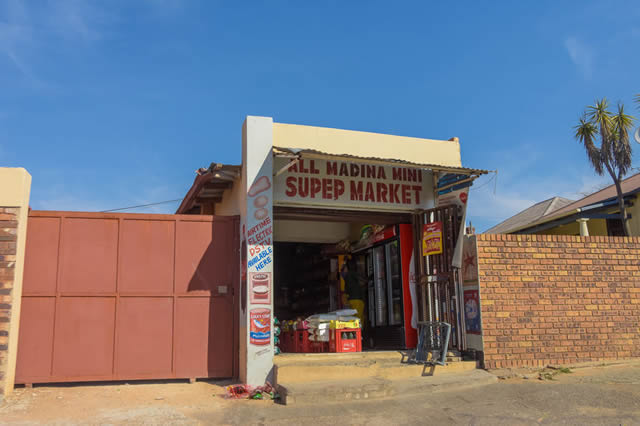 OBC Chicken & Meat was one of the companies that made their submission to the Competition Commission on the power wielded by the major national supermarket chains over enforcing exclusive provisions in their lease agreements against challenger retailers and speciality stores. It welcomes the preliminary findings and will be submitting its comments to the Commission.

According to MD, Tony Da Fonseca, OBC was one of the first independent chicken and complementary products franchise retailers to set up supermarkets in townships, taxi ranks and rural areas over thirty years ago offering consistent quality, competitive prices and convenience. “At a time when the major supermarket retailers were not even considering entering peri-urban and rural areas, we were catering to local communities becoming famous as the ‘chicken ekhaya’ of choice and working with and supplying local spaza and informal traders.”

“Once the big players in the retail supermarket arena discovered the potential of trading in high density areas, we experienced the ‘blocking’ of sites by these anchor tenants who flexed their muscles in having a say on the tenant mix in these new centres. Not only are these anchor retailers trying to block large rival brands from infringing on their territory with their long-term leases, they are also effectively wiping out even the small challenger retailers like ourselves.”

“We experienced multiple cases when positive negotiations with landlords were suddenly reneged on for no reason whatsoever, despite the fact that we add value to a centre by being a ‘sub/secondary’ anchor in what would normally be a quieter section of a mall or centre. The ramifications of this, says Da Fonseca, is that smaller and independent traders, ranging from fashion, prepared foods to furniture end up in a situation where they alone cannot draw the feet OBC can to a quiet section, adversely affecting their ability to trade profitably. This is proving to have larger implications to traders than simply ‘blocking’ OBC.”

OBC’s investment in the communities it serves goes back decades and there has always been a strong symbiotic relationship with the informal sector that plays such an important role in township life. Not only does OBC offer special deals and even ad hoc storage facilities to the informal traders that operate alongside them but have reached out a supporting hand to those family businesses, like local butchers who have been threatened by closure on the back of the big retailers’ aggressive pricing and margins, to partner with OBC and benefit from its distribution support, speed to market, product innovation and marketing muscle.

“The stifling of local entrepreneurship – be it on any level – has no place in our country and we all need to play a role in making room for a variety of commercial and informal enterprises that cater to our rainbow nation.” concludes Da Fonseca.

The views and opinions in this article are those of the writer and do not necessarily reflect those of the Association.

Tony Da Fonseca
Managing Director at OBC Chicken & Meat
Tony da Fonseca is the managing director of the OBC Group, an award-winning network of franchised retail butcheries. Under his astute leadership, and despite the depressed economy, the Group has recorded exponential growth over the past few years. It expects to operate 70 plus state-of-the-art butcheries in South Africa by the end of 2020 and expansion into neighboring states is developing nicely as well.

Despite his heavy workload, Tony serves on FASA’s Executive Committee since 2012. He chaired it during the period 2017/19 and is currently its immediate past chairman.