How to spot fly-by night franchises

Mar 17,2022 Comments Off on How to spot fly-by night franchises Franchising & Business Advice 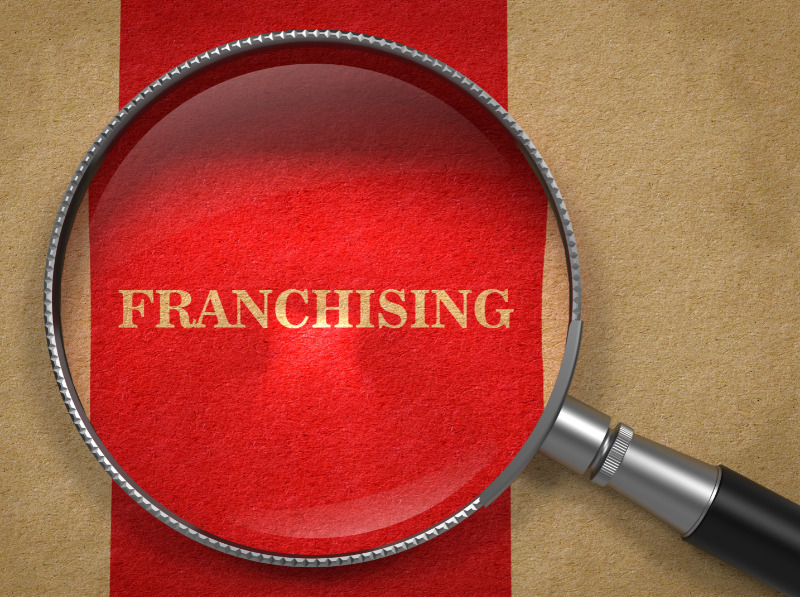 Man’s trusting and often gullible nature is at the core of why prospective business people are often scammed by fly-by-night franchises. Judging by reports in the media of numerous scams offering get-rich-quick schemes and the many reports of unscrupulous operators, there are a whole lot of people out there who are corrupt enough to take advantage of others and enough gullible people who will unwittingly fall for these schemes. The bottom line; rarely does a get-rich-quick-scheme work and franchising, perhaps because of its high profile and strong reputation and the relative ease with which it can be duplicated, is one of the business sectors that is often open to fly-by-night franchisors.

“Franchising has great potential in offering opportunities to people from all walks of life to be ‘in business for themselves but not by themselves”, says Freddy Makgato, CEO of FASA. “But ignorance and unpreparedness often opens people up to being taken for a ride by scammers. In South Africa, where entrepreneurship development and job creation are national imperatives, the realization of franchising’s potential depends not only on correct implementation by those setting up franchises but also by educating those buying into a franchise concept.”

Statistics often claim, quite rightly so, that when purchasing a franchise, you are more likely to find greater success than going into business as an independent. Whereas independent businesses have an 80% chance of failure in the first five years, franchise failure is under 20%. However, the buyer must remember that there are always risks involved, and that they can reduce them if proper homework is done.

A number of charlatans have entered the industry over the years, their sole intention being to take advantage of the uninformed business person wishing to invest in a franchise. “Fly-by-nights are clever and often operate under the radar” says Freddy Makgato. “As a prospective franchisee, you need to be able to pick up the subtle signs that give out warning signals that things are not as they seem. Guaranteed promises of unreasonably high profits should be a warning sign and a franchisor with no pilot operation on the ground does not fit the franchise criteria of a “proven business system”. A long list of promised ongoing support initiatives without the franchisor infrastructure to match is also a red light. These franchisors are often eager to collect deposits before proper interview and profile testing of franchisees is done. Incomplete or non-existent disclosure documents and franchisors not being able to supply comprehensive details on infrastructure, viability and benchmark turnovers of its stores should be avoided at all costs.”

Although the Franchise Association of South Africa (FASA) does not have legislative powers, the Consumer Protection Act has a section that applies to franchising. FASA participated vigorously in the formulation of the Consumer Protection Act, ensuring that its Code of Ethics dovetails with the industry code initiative in terms of the Act and this does offer some measure of legally enforceable recourse for both franchisors and franchisees and, of course, the consumer.

FASA was instrumental in getting a requirement included that every company operating as a franchise needs to provide prospective franchisees with a comprehensive Disclosure Document that lays out the nature of the business, details of its directors, financial scrutiny and details of the success of its outlets, and allowing for an appropriate ‘cooling off’ period before signing contracts.

Whilst some of the issues raised – like the selling of a franchise without first giving the franchisee an up-to-date and compliant disclosure document or no disclosure document at all – are in direct violation of the Consumer Protection Act – other complaints are a result of the difficult economic conditions that all businesses are facing and the inability of franchisors to adapt their franchise model to the needs and long-term viability of their franchisees.

The Franchise Association is working with the National Consumer Commission’s office to have the Code of Ethics set down as an industry code with the appointment of an industry ombudsman. Government approved the Industry Code based on FASA ‘s Code of Ethics and Business practices and published it in a government gazette in 2020 for public comment; it is yet to be promulgated by the minister.

Until such time as government acts on enforcing the requirements of the CPA’s Regulations and sets down an industry code and appoints an ombudsman, the association cannot stress enough that potential franchisees need to insist that the franchise company they wish to do business with is a member of the association.

One of the drawbacks of not having statutory authority to determine disputes is that FASA is not empowered to make binding adjudications on disputes between franchisor members and their franchisees. It can only offer mediation outside of any legal case and ultimately expel a member that does not abide by its Code of Ethics.

“At the very least, membership of FASA remains one of the best barometers to choosing an ethical franchise as the association sets out very high ethical standards of business practice,” says Pertunia Sibanyoni, Chair of FASA and CEO of InspectaCar. “Franchisors that take the trouble to join the association voluntarily and are prepared to go through the rigorous scrutiny of their franchise package of Disclosure Document, Operations Manual and Franchise Agreement, have, at the very least, proved that they have taken the trouble to research and set up their franchises according to internationally accepted guidelines.

Our insistence that our members have a pilot store operating for at least a year before being able to join the association and with strict rules on disclosure, we believe we can offer the public some degree of protection which has resulted in FASA having a negligible record of fly-by-night members. Our advice to prospective franchisees is to make FASA their first port-of-call when shopping around for a franchise. At the very least they will know that FASA members voluntarily subscribe to a stringent Code of Ethics that promotes ethical business format franchising practices.”

With FASA’s primary role that of ensuring that all its members adhere to the franchise business principles adopted and accepted in the Code of Ethics and Business Practices, it is disturbing that reports of some franchisors, whether FASA members or not, flouting ethical business practices that include taking deposits from prospective franchisees and then stalling when it comes to refunding those deposits when potential franchisees are not accepted for whatever reason, misrepresenting their financials and not giving the necessary support that is incumbent with a turn-key operation.

The adage, “if it sounds too good to be true – generally it is” should be top-of-mind when investigating franchise opportunities.