At FASA’s 2021 Conference, The African Export-Import Bank (Afreximbank), a pan-African multilateral financial institution established in 1993, gave their initial findings on a market study on the franchising sector in Africa, and have now published their final research findings.

Afreximbank, under the Create and Connect pillars of its Intra-African Trade Strategy, has prioritised franchising as a critical instrument to unlock opportunities for entrepreneurs, especially small and medium enterprises (SMEs) that are seeking new business ventures on the African continent.

END_OF_DOCUMENT_TOKEN_TO_BE_REPLACED 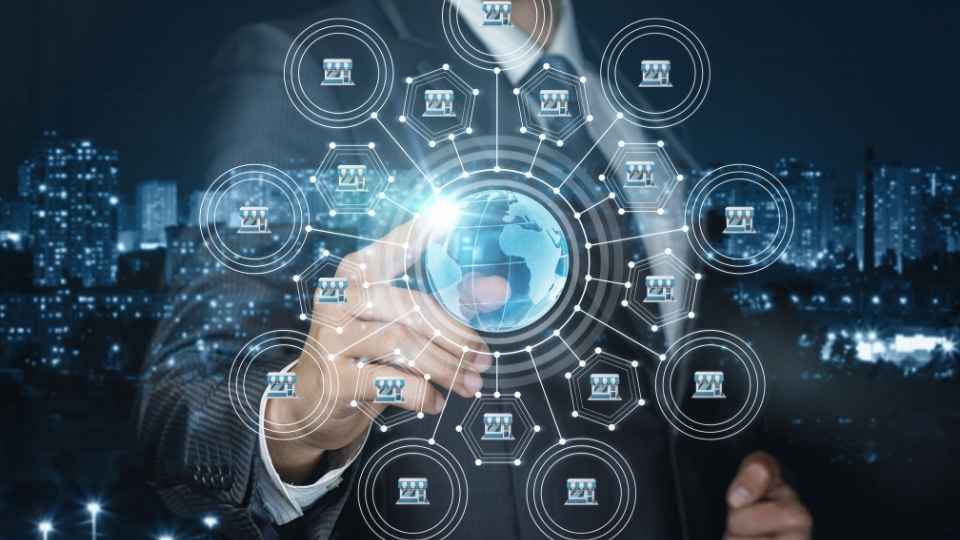 “We live on a continent with 1.4 billion people, the 2nd fastest growing economy as a continent in the world with many opportunities. There are no other opportunities in the world like in Africa. It is the place to invest but it has to be done properly and franchising has all the elements in place for that to happen.” That is the opinion of Frans van der Colff, MD of VDC Consulting and Faculty and Executive Fellow at Henley Business School – Africa

END_OF_DOCUMENT_TOKEN_TO_BE_REPLACED 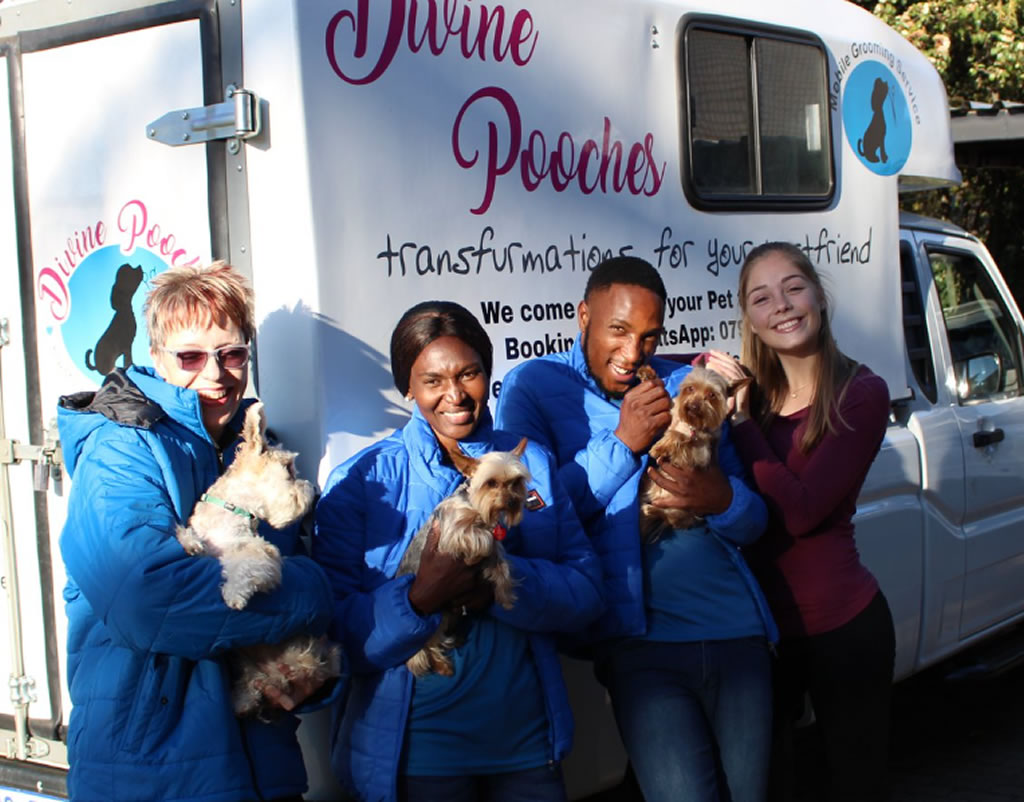 It is no secret that South Africans are animal lovers and more than 90% of pet owners believe having a pet benefits their family’s wellbeing.

“Hi all, my name is Deon Lombard, founder of Divine Pooches Mobile Doggy Parlour, pet grooming.  After enough struggles finding a trustworthy pet grooming service to assist us with our own pets at home, my wife and I decided to assist the pets in the West Rand area with professional mobile grooming services. It has been quite a challenge, and a lot of effort has been put into making this service, function properly.

Having pets is like having children. They need a lot of love and attention and have needs. We try and cater for every circumstance. Dogs with sensitive skin, skin problems, long nails, injuries, ear infections, bad breath, anxiety, and the list goes on. We have products that assist with most problems and give advice freely.”

END_OF_DOCUMENT_TOKEN_TO_BE_REPLACED

Nov 9,2017 Comments Off on South Africa Springboard to franchising in Africa Franchise Expansion in Africa

The inaugural meeting, held in 2013, was attended by delegations from Egypt, Ethiopia, Mauritius, Tanzania and Nigeria and is held each year alongside the International Franchise & Entrepreneurs Expo (IFE 2013) held in Johannesburg, South Africa. According to Vera Valasis, Executive Director of FASA, the time is right to bring African countries together to explore the opportunities that franchising can bring to growing African economies. “Whilst we in South Africa have had a thriving first-world franchise sector since the 1960’s, with over 80% of our franchise concepts home-grown and have also ventured into Africa with many of our food and retail brands, Africa as a whole has lagged behind in franchise development.

Where first world countries are experiencing minimal growth, Africa is at the beginning of an enormous growth curve. “Africa’s hidden strength is its growing middle class. In 2008 the continent’s combined GDP was R11.2 trillion which was larger than that of India and on a par with that of Brazil and Russia combined. It is estimated that consumer spending on the continent will, in the next few years, be R9.8 trillion.” Growth, according to experts, lies in the private sector which will be the driver of growth in Africa. “Africa needs new enterprises that create jobs and wealth and it is the small and medium enterprise sector that carries the hope for the continent and the route Africa must pursue.”

“With some of the world’s top franchise brands such as Burger King, Domino’s Pizza and Pizza Hut entering the South Africa market, it is now time that FASA and the Pan-African Franchise Federation play a bigger role in promoting franchising and expanding this unique business format to not just select countries, but to the continent as a whole.”

As a result, interest is growing from African countries including Ghana, Mauritius, Tanzania, Kenya, Zimbabwe, Zambia, Angola, Nigeria and Uganda which are all keen to engage with both local and international franchise companies with a view to growing their franchise sectors. “It is a well known fact that some international franchise brands establish a footprint in the South African market first and then expand into other African countries” says Vera Valasis.  “The association is in the process of establishing a networking platform for local franchisors to meet and network with business representatives from these and other African countries at its forthcoming International Franchise Expo.

Nov 9,2017 Comments Off on Growth of franchising in South Africa Franchise Expansion in Africa

FASA plays a guiding role in advising other African countries on the benefits of franchising and has advised countries wanting to establish associations. With a good number of franchise groups and retailers trading in other African countries, FASA has, among its membership, consultants that can assist companies with their foray into the rest of Africa.
As we climb out of the recession, franchising will continue to play an important role in the economic recovery through its tried and tested business format and FASA, through its commitment to promote franchising in line with government’s mandate to encourage small business development, will continue to safeguard the environment for franchising to flourish.
Franchising in South Africa does not enjoy statutory status but the recently introduced Consumer Protection Act which was signed into law on 1st April 2011 reflects most of the principles contained in FASA’s Code of Ethics and will apply to all franchisors doing business in South Africa.

Funding for franchise development in South Africa is provided by commercial banks and financial institutions, well established banks (the major ones being Absa, Standard Bank, First National Bank and Nedbank) that have established franchise divisions that assist both franchisors and franchisees with funding. These banks play an active role in the Franchise Association and encourage membership. Government has several small business agencies (eg. Seda, NYDA) and recently introduced a number of financial aid initiatives to assist previously disadvantaged persons access finance to start businesses. These bodies also work closely with FASA to grow franchising, and by extension, create jobs.

Nov 9,2015 Comments Off on South Africa leads the way in franchising Franchise Expansion in Africa

FASA has spent many years making sure that the international franchise community is cognisant of the potential that lies within South Africa. As the future frontier of franchising, Africa and in particular South Africa needs to stand up and be counted. It is a recognised fact that South Africa is the springboard for potentially explosive growth into Africa and the stark reality is that the broader African economies cannot grow in isolation as the continent’s future is inextricably linked to South Africa and the example it sets.

The most important benefit for franchise companies who join the Franchise Association of South Africa (FASA) is that of being able to align themselves and their brands to an internationally recognised body that adheres not only to international best practices but to the sound business ethics established through the country’s various legislative channels. Members can also network with other franchise owners in diverse sectors and have access to affiliate members such as suppliers, franchise consultants, financial institutions and attorneys.

South Africa’s population of around 50 million people offers diverse opportunities for companies wishing to establish themselves in the country. Although the majority of the population fall into the lower end of the earning bracket, there is a growing middle class and, whilst luxury products cater to a more exclusive market segment, products and services appealing to the middle market are gaining popularity. There is room for growth for lower entry franchise opportunities especially in the services and recycling categories with social and tandem franchising a welcome solution to some of the country’s service delivery challenges.

South Africa has a wide network of retail developments – from luxury urban to rural – throughout the country and FASA is happy to refer new entrants to the market to the Shopping Centre Council of South Africa for further information on sites and rentals.

Nov 5,2015 Comments Off on The Facts on Franchising Franchise Expansion in Africa

Following a presidential summit on job creation between the South African government and Business Unity SA (BUSA) and taking into account Finance Minister Pravin Gordhan’s reference in his 2011 budget speech to the fact that 68% of private-sector employment was provided by small business with less than 50 employees, FASA would like this vital area of business to be included in government’s forward planning and given more support.

With only 17 business sectors benefiting from franchised systems in South Africa, compared to between 25 and 50 in countries like the USA, the UK, Australia and Brazil, there is ample room for expansion into other areas of business – including implementing both social and tandem franchise systems that could see government services franchised in a public/private partnership.
Franchising, despite the effects of the recent recession, showed an 11% increase in employment levels, according to an authoritative survey ‘The Franchise Factor 2010’, conducted by Franchize Directions.

Economists agree that if government is to achieve its target of 5 million jobs by 2020 it means that 495 000 new businesses have to be created to provide those 5 million jobs. Franchising has proved that it can fulfil all the criteria for small business expansion and FASA has already initiated a transformation project that will encourage entrepreneurship within the emerging sector.
For more information on FASA membership visit www.fasa.co.za or contact FASA on 011 615 0359.