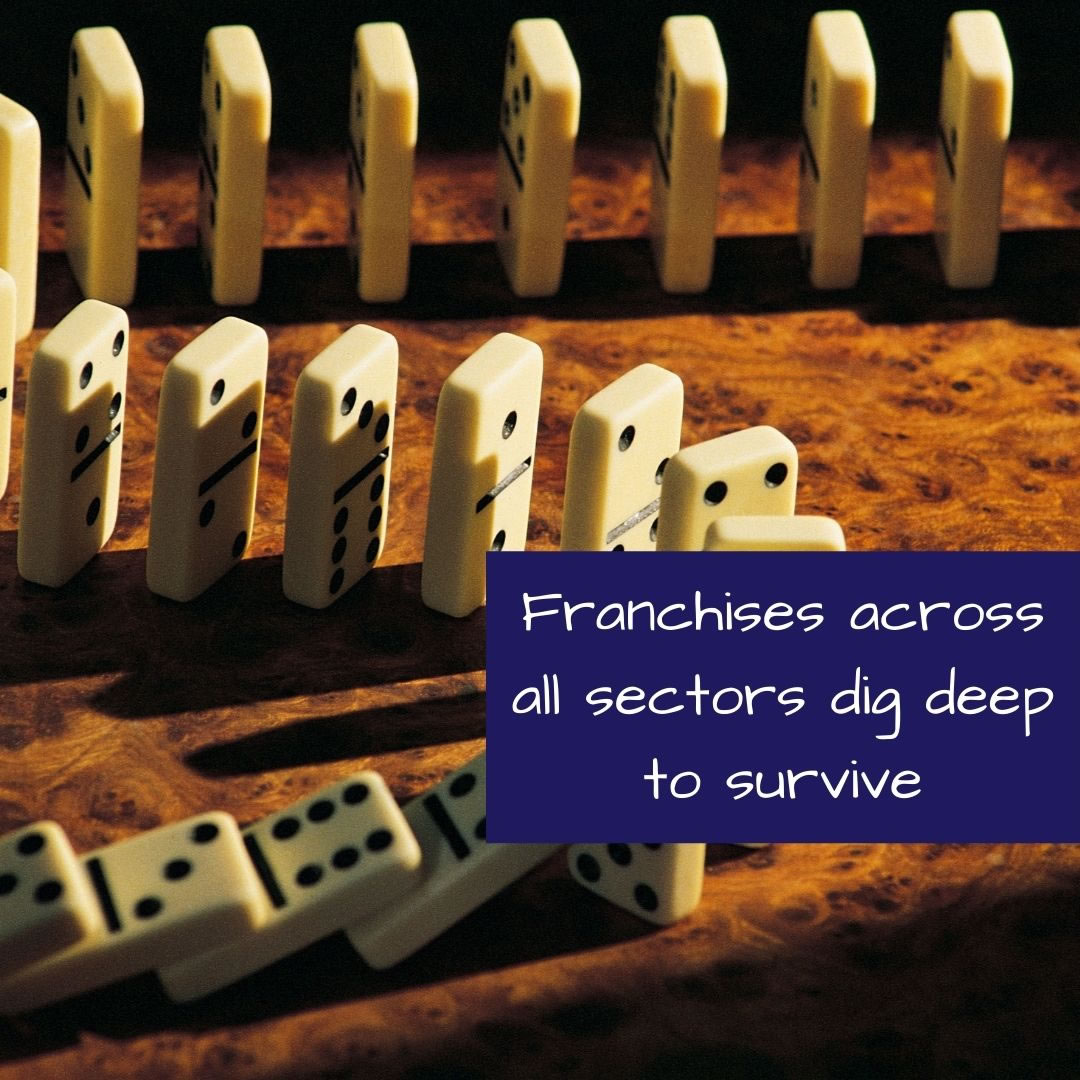 One has to ask how businesses, entrepreneurs and investors in South Africa have any confidence in a future when confronted with constant rolling blackouts, another looming fourth wave of coronavirus infections with little to no support from the government.

Well, If you are a franchise in any of the fourteen business sectors, you pick yourself up, dust yourself off and dig deep to survive.

That was the overwhelming sentiment following the Franchise Association of South Africa’s key franchise conference in August that took a hard look at how Covid-19 affected the franchise sector and outlined steps to not only regain lost ground but proposed forward-thinking plans to revive and re-energize the sector through entrepreneurial initiatives.

END_OF_DOCUMENT_TOKEN_TO_BE_REPLACED

Dec 10,2020 Comments Off on A practical guide to going on holiday safely Corona Virus Info 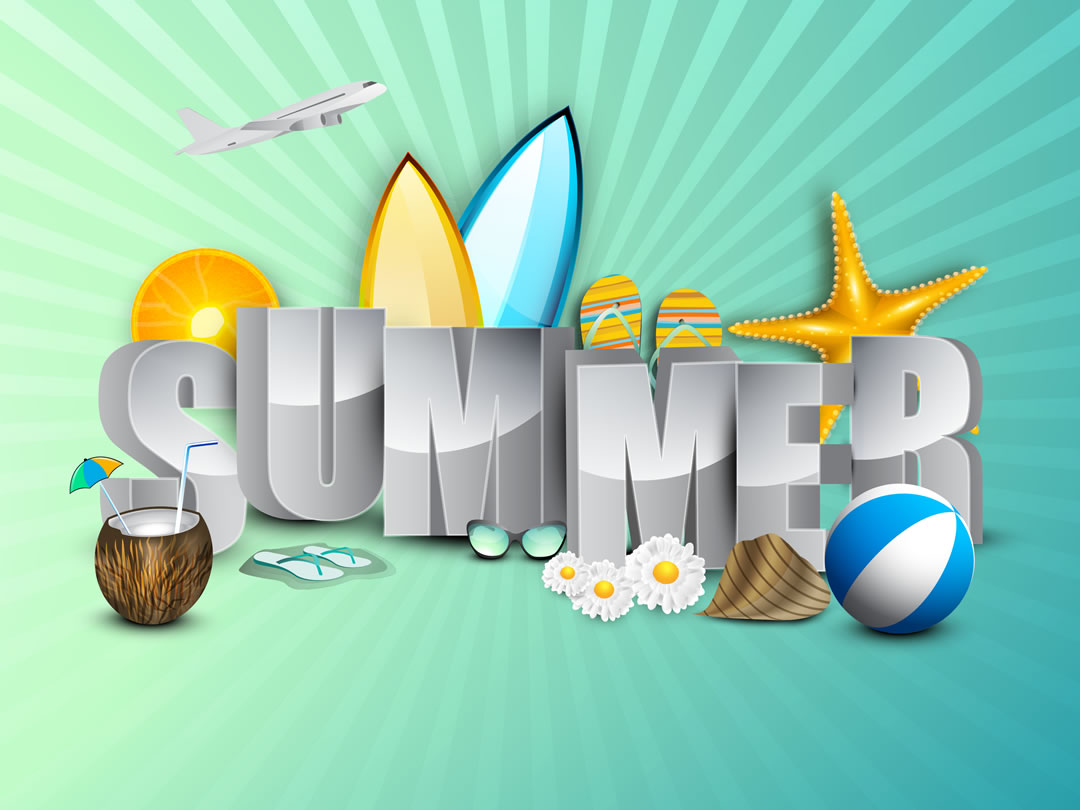 The Scientists Collective, made up of some of South Africa’s leading scientists, offer the following guidance to staying safe this festive season, as featured on Maverick Citizen.

After a ‘annus horribilis’, many people are looking forward to a well-earned rest and some quality time with family and friends or perhaps going on a well-deserved holiday. But, with the coronavirus on the increase in the coastal provinces, how does one make sure to travel and stay safe this holiday season?

END_OF_DOCUMENT_TOKEN_TO_BE_REPLACED 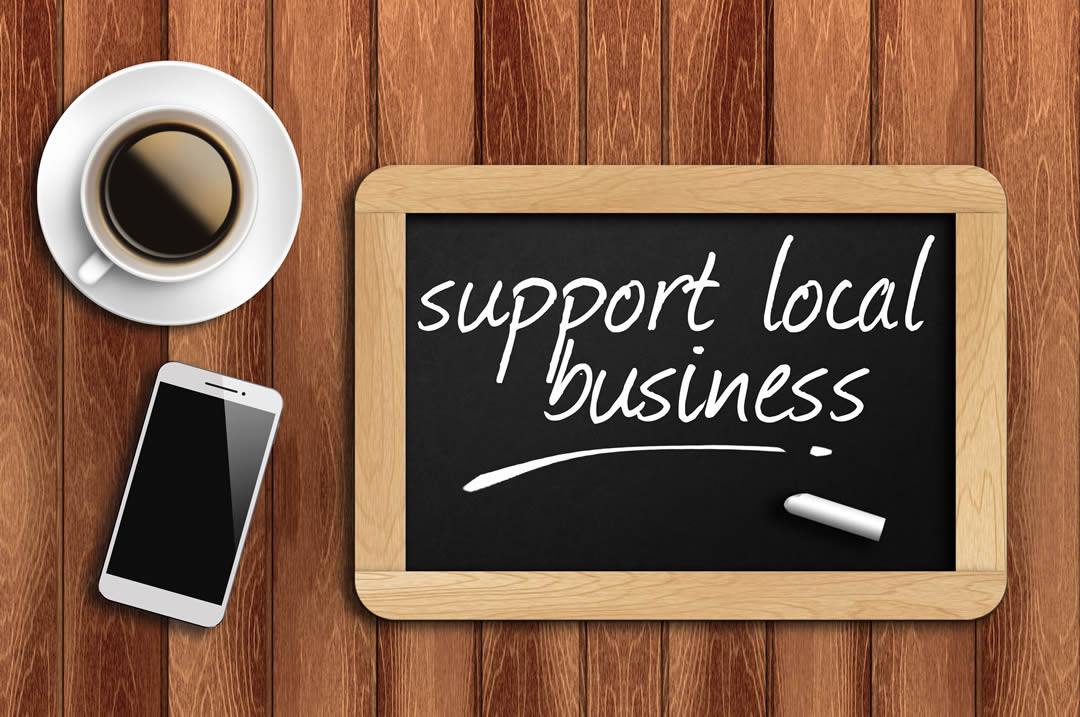 Minuteman Press International has launched a new initiative, Bounce Back South Africa, to help give back to businesses in local communities that have been hit hard by the COVID-19 pandemic. The initiative is available right now, free to business owners at “Bounce Back South Africa™ offers two free services to help support all of our neighbouring businesses as we find a way to work together through these unprecedented times. First, we are distributing COVID-19 awareness and prevention posters at no charge to any business in our service areas. Second, we are providing free local advertising on this site to stimulate business and help all of our neighbours overcome the tremendous economic effects of the COVID-19 pandemic. We truly believe that a rising tide will lift all ships, and we want to make sure our communities stay afloat,” says Nick Titus, President, Minuteman Press International. END_OF_DOCUMENT_TOKEN_TO_BE_REPLACED

May 13,2020 Comments Off on Sorbet appeals to open under strict hygiene conditions Corona Virus Info 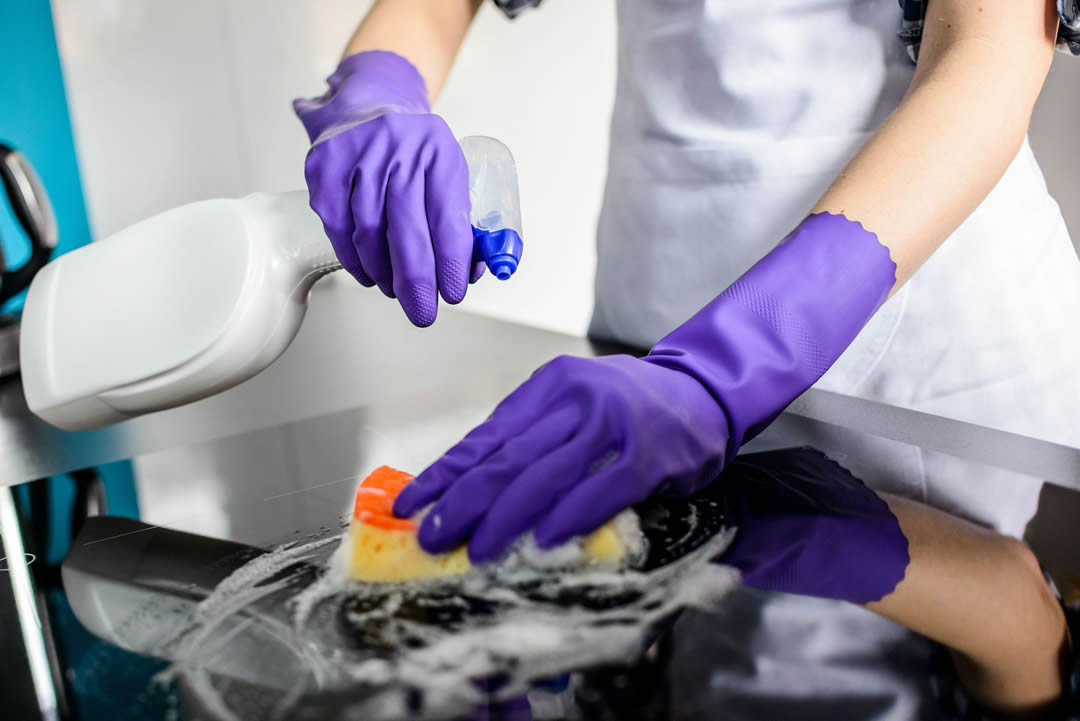 The Grooming Sector (nail, hair, beauty & health services) which has a high proportion of female owners who are often the sole breadwinners of their families and support many dependants is suffering immense losses during this lockdown. Any further extension of the lockdown could see the entire industry face potential bankruptcy. The Sorbet Group of salons Experience (Pty) Ltd leads the field in maintaining the strictest hygiene standards and is ready to implement even further precautionary hygiene protocols and safety measures as their submission to government shows:-

May 13,2020 Comments Off on Navigating the covid-19 regulations Corona Virus Info, Environment and Health 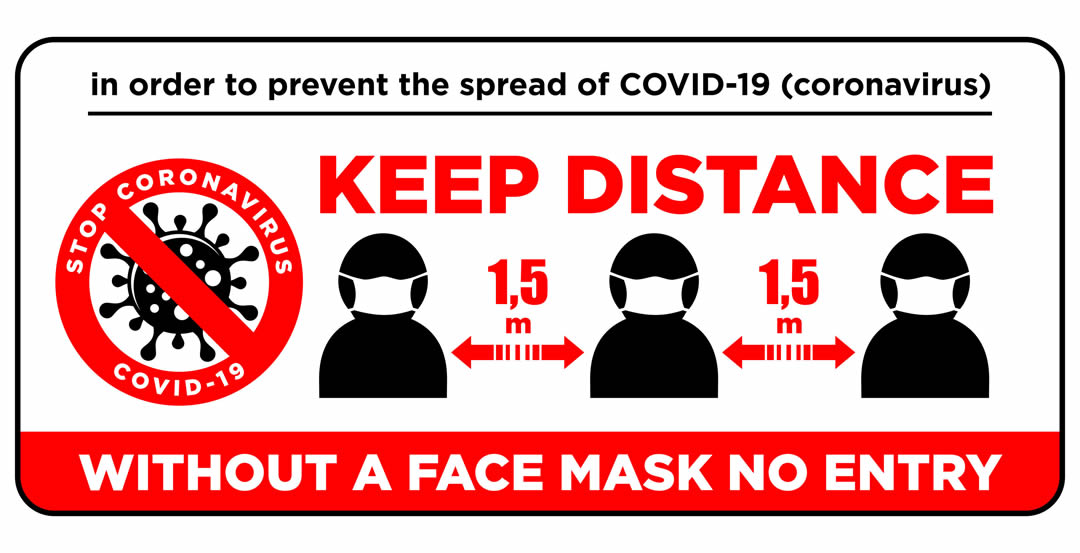 Following President Ramaphosa’s address last week indicating that most of South Africa should be at Level 3 by the end of May, the details of which sectors will open are still to be confirmed although indications are that retail, e-commerce and exercise will be lifted soon. However, parts of the country with the highest rates of infection may have to remain on Level 4.   But, as we have seen, many of the rulings have been changed, challenged and it has become difficult to keep up with this ever-changing crisis.

NEASA, the National Employers Association of South Africa (www.neasa.co.za/covid-19-return-to-work-toolkit/), have produced a very handy Toolkit to assist employers comply with regulations: Some of the key standouts include:

END_OF_DOCUMENT_TOKEN_TO_BE_REPLACED

Apr 30,2020 Comments Off on Paying the rent during Covid-19 Corona Virus Info 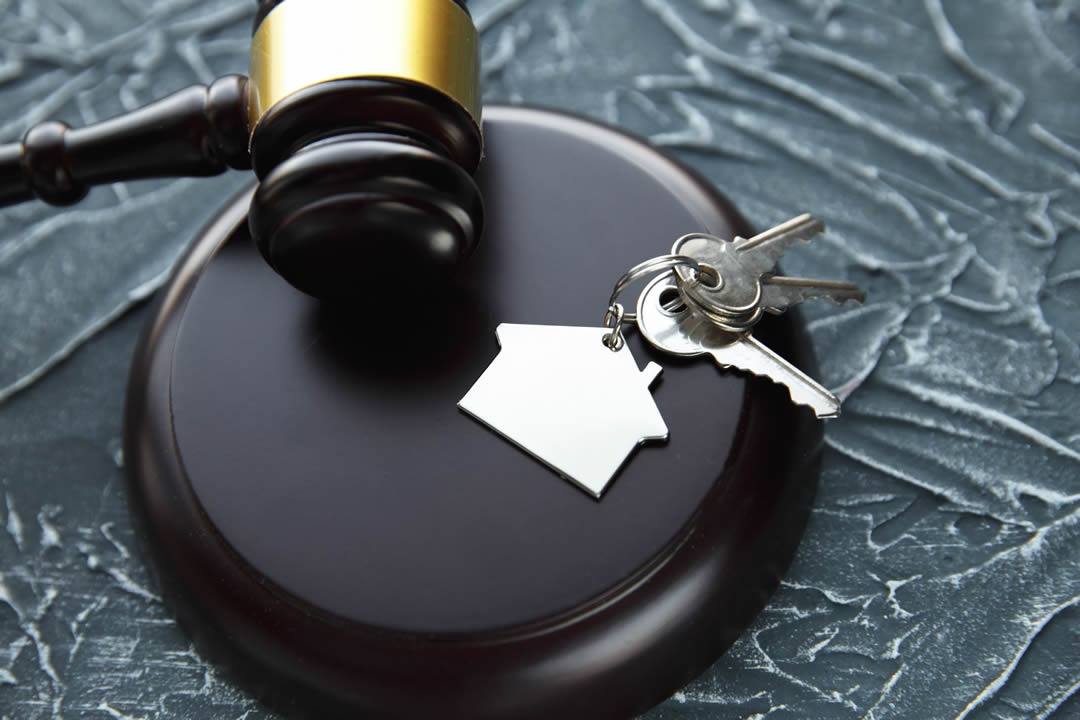 The Covid-19 pandemic may bring about the long-overdue overhaul of retail rentals, according to many experts. Landlords have enjoyed good times but if there are mass cancellation of leases landlords will have no choice but to come to the party and reset the button on how they negotiate leases. As most retailers will be in survival mode for many months, if not years to come, the crisis will bring about a new commercial reality as retail outlets, both large and small, will not be able to afford the exorbitant rentals they paid pre-Covid-10.

Following a directive by government that commercial landlords and tenants reach a compromise in an attempt to mitigate the devastating effects of the lockdown on tenants and malls, a newly-formed alliance of retail property landlords, the Property Industry Group, is reportedly offering relief in the form of rental discounts of between 15% and 100%, as well as interest-free rental deferrals for April and May on retail businesses that are not allowed to operate during the lockdown.

END_OF_DOCUMENT_TOKEN_TO_BE_REPLACED

Apr 27,2020 Comments Off on Level 4 – Services, movement plus questions and answers during the Covid-19 pandemic Corona Virus Info 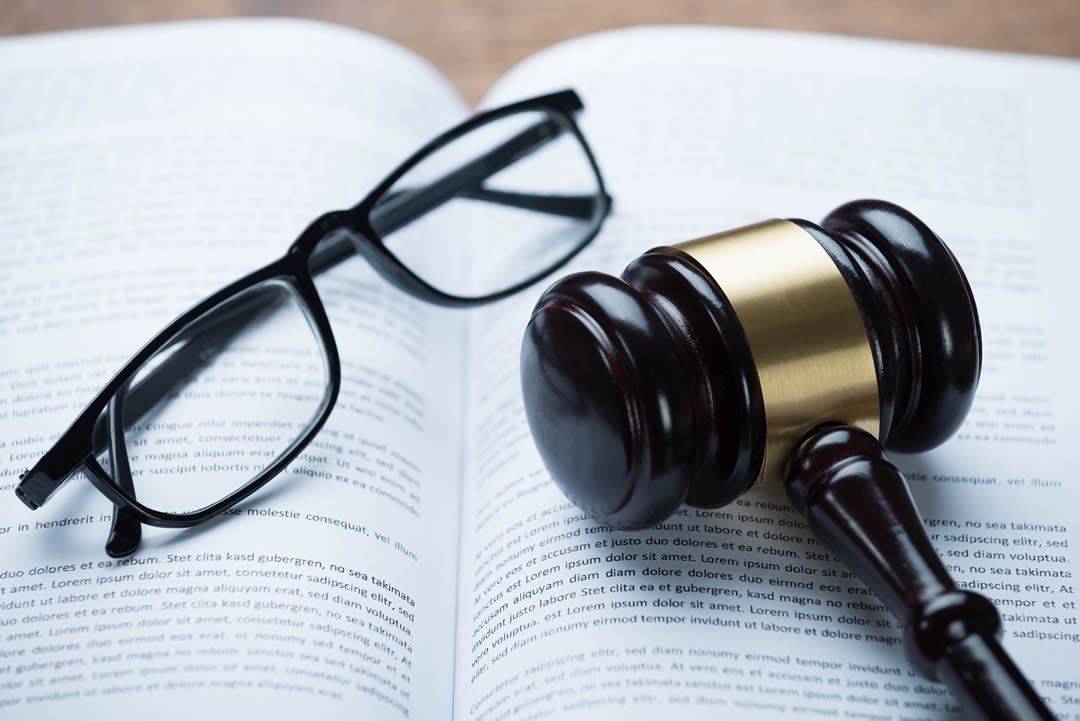 Questions from members in relations to business operations for level 4

Do all staff members have to have a permit?

Yes, a person entitled to perform an essential service or permitted service allowed under Alert Level 4, requires a permit which corresponds with Form 2 of Annexure A – this is in terms of Regulations 16(2)(b) and 28(4).  A template of Form 2 may be found on page 27 dealing with the said Regulations.

What’s the percentage of staff allowed?

Initially it was proposed that only one-third of the workforce would be entitled to return to work under Level 4.  It is recommended that employers phase in the employees returning to work however, there is nothing in the Regulations confirming the one-third rule.  A COVID-ready Workplace Plan must be developed prior to the reopening of an enterprise employing people or serving the public (see Annexure E of the Regulations).  All persons who are able to work from home should do so, including staff over 60 years old and those with underlying medical conditions.  See also the Occupational Health and Safety Measures in Workplaces regarding measures to be implemented in the workplace.  Kindly note that employers with less than 10 employees only need to apply the measures set out in clause 40 of Occupational Health and Safety Measures in Workplaces.

END_OF_DOCUMENT_TOKEN_TO_BE_REPLACED

Apr 24,2020 Comments Off on Letter for landlord in the Covid-19 Pandemic Corona Virus Info, Franchising Legal

About the letter for landlord template

Due to the effects of COVID-19, non-essential goods/services retail tenants, a substantial number of which are franchised businesses, have been forced to cease trading during the lockdown period, resulting in their inability to pay rent.
To complicate matters further, most franchise agreements contain clauses stating that a franchisor may terminate the franchise agreement in the event that the franchisee breaches any material terms of its lease agreement.

Therefore, instead of breaching your lease agreement for non-payment of rentals, and in turn falling foul of your franchise agreement, it is strongly suggested that you immediately contact your landlord with a proposed payment plan setting out how you intend maintaining your business relationship with your landlord during the upcoming months whilst you navigate the “new normal” caused by this global pandemic.

Download this template which may be used as a guide to assist you with negotiating with your landlord.

Apr 23,2020 Comments Off on Lockdown to ease as of 1st May but to a few only Corona Virus Info

President Ramaphosa announced in his address that new lockdown regulations will come into effect as of 1st May.  Government realises that people need to get back to work and earn a living and that businesses need to open their doors.   President Ramaphosa also said that if South Africa opens its doors too quickly there is a high risk of the Covid-19 spreading.  When the full nationwide lockdown ends, South Africa will transition to a system of alert levels to ensure we can ease restrictions as safely as possible.  These levels will be reviewed based on the number of cases.

Going forward government will introduce a phasing process and as of 1st May we will move into phase 4 of lockdown whereby some industry sectors will be allowed to go back to work.  Those who are able to work from home must work from home.  The elderly must stay at home.  The rest of the public must stay at home and anybody who ventures out to shops and public places are now required to wear masks.

Here is a PDF document supplied by government to explain each level. 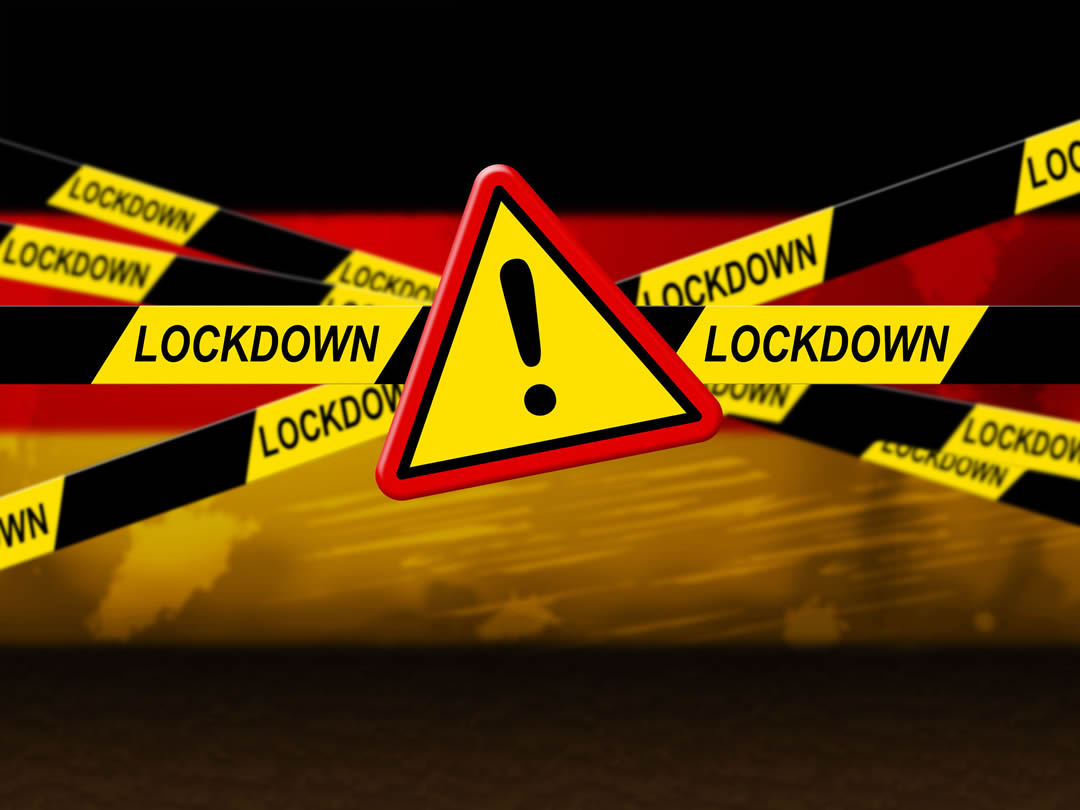 The franchise industry in South Africa generates approximately R734 billion to the economy, according to the Sanlam Franchise Survey conducted in 2019. Furthermore approximately 500 000 employees enjoy permanent employment nationwide in its 48 000 franchised outlets and 824 franchise companies – contributing just under 14% to the country’s GDP.

Since the implementation of the COVID-19 emergency measures around 94% of the industry has not been trading, with the exception of mostly food retailers. This has had a devastating impact on the industry and it is feared that unless more financial aid is provided some 15% i.e. 75 000 jobs could be lost in the industry.

The association has informed its members of the government gazette published on 24 March 2020 regarding the measures taken by government to assist businesses financially through the exemptions for the retail property sector, the UIF emergency funding application, the SMME funding through sefa as well as other emergency relief measures as and when they are announced.

However, the following matters are of grave concern and the association, on behalf of its members, has sent an urgent letter to government through Minister of Trade & Industry, Ebrahim Patel, to consider the following:-