Cash Crusaders ‘Gave me a business’

Mar 10,2021 Comments Off on Cash Crusaders ‘Gave me a business’ Franchise News 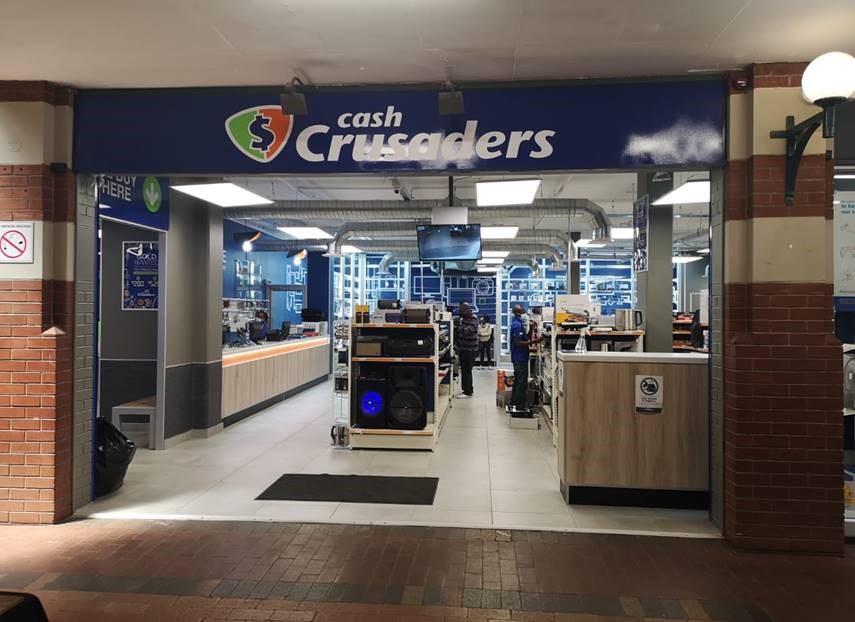 Did you know, Cash Crusaders are able to empower individuals who want to make money where they don’t come ready with the financial means, to become a successful business owner within their network? Read below how an unprecedented corporate example of paying it forward, Cash Crusaders Joint Venture (JV) programme proves that ‘equity’ can also come from hard work.

No, you are not reading wrong. In an unprecedented corporate example of paying it forward, Cash Crusaders Joint Venture (JV) programme proves that ‘equity’ can also come from hard work.

Sivy Pather, store owner of the Richard’s Bay, Empangeni and more recently, Ballito store in Kwa-Zulu Natal started with Cash Crusaders back in 2014 as an Operations Manager – initially in Durban and was moved to Johannesburg a year later. After a conversation with Sean Stegmann, CEO of Cash Crusaders Franchising, about the JV Programme, Sivy’s initial thought was ‘this is too good to be true’, but 5 years later and he has opened his 3rd store, paid his first one off and plans to open another 2 stores within the next 5 years.

Another JV partner, Joe Mnisi was as elated when he was approached to join the JV programme, especially as he started as a Sales Consultant with Cash Crusaders. Joe opened his first JV store in the East Rand in October 2016, commuting from Roodepoort every day as his son was still in school. It took Joe 30 months to pay off his loan with the business and is now a partner of 2 JV stores.

What is Cash Crusader’s JV Programme?

The programme was developed by the business leaders themselves to harness the skill and passion of the people within their business that showed potential in driving business growth as well as entrepreneurs that would like to build and run their own successful business. As a Cash Crusaders franchisee, extensive training is conducted by experienced trainers and the resilient model 3 profit centre business model aids their partner’s succeed.

“When I started with Cash Crusaders, I knew nothing about running a business,” says Joe. “Through constant communication from Head Office and ongoing, detailed and dedicated operational guidance that upskills myself and my team, I have involved in a business that works, puts its communities first and created financial independence for me.”

Sivy says that “Sean followed through on every promise he made about how the programme would work and what the future would look like for me.” He says that one of the most incredible things about the programme is how they empower entrepreneurs and how he continues to pay it forward too. “I want for others what I’ve been afforded through this business so continue to grow individuals within my own stores to be able to own their own stores one day too.”

“That age-old phrase of “half an egg is better than an empty shell” has meant that we are able to empower individuals who want to make money where they don’t come ready with the financial means, to become a successful business owner within our network. We are all about community, so not only has this programme been able to nurture and grow the potential of people within our Cash Crusaders community but has also offered those same people the opportunity to pay it forward with job creation within the neighbourhoods and communities that the stores find themselves in.” says Sean.