Calling a business opportunity a ‘franchise’ is no guarantee for success

Aug 15,2019 Comments Off on Calling a business opportunity a ‘franchise’ is no guarantee for success FASA News, Franchise News 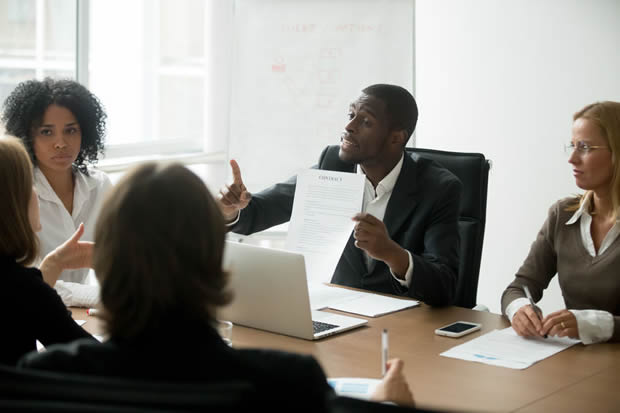 “Being involved in franchising for most of my working life I have had the privilege and opportunity to experience the concept of franchising in South Africa in every form and fashion over the years” says Vera Valasis, Executive Director of the Franchise Association of South Africa. “So when the public hears the word ‘franchising’ my opinion is that they associate the concept, in most instances, with very well known brands and category market leaders and by extension assume that it means financial freedom for the owners for these franchised businesses. Therefore many aspiring franchisees are keen and eager to own a franchise in the belief that franchising is going to make them financially independent.”

Whilst that is true in many respects, with franchising having a 90% success rate as opposed to 10% for those starting a business on their own and the sector as a whole contributing around R721 billion to the country’s GDP, there are still many businesses masquerading as franchises when in fact their business models are far from that of a franchise.

Despite the Franchise Association of South Africa promoting the concept of ethical franchising for no less than 40 years, sadly, some potential franchisees assume that because a new business opportunity is being advertised as a franchise, everything about the business model, therefore, has been well developed with a proven track record and is seen as a safe investment.

“Nothing can be further from the truth,” says Valasis “as I have experienced again recently when I was invited to attend a meeting with the owners of a new franchised concept which ran into problems with their franchisees. The franchised outlet did not look like a franchise at all and upon further investigation, it seems the owners sold similar businesses on the basis of what could be termed an ‘agency’ to franchisees. I was shocked to hear that they started franchising 18 months ago and already sold 13 franchises. While sitting in the meeting I questioned what right these business owners had to even call their business a franchise in the first place, as in my opinion, hardly any franchise fundamentals were in place.”

In order to protect the public, the Franchise Association of South Africa has always cautioned that there should be strict requirements, checks and balances in place before a business can be marketed and sold as a franchise – in the same way, that there are strict requirements in place before one can practice as a doctor, dentist or lawyer, for example. The members of FASA, which number around 200, have subjected their business models to scrutiny by their peers and voluntarily commit to ethical business practices. But, as FASA is a voluntary body, the remaining 600 businesses who profess to be franchises choose not to join and be part of a group that stands by ethical franchising.

The question that all prospective franchisees should ask themselves is why would a franchise business not want to be publicly recognised and accredited for its ethical business practices?

“The industry should be professionalized where a board or council accredits, adjudicates and oversees franchising similar to the roles of the Health Professions Council of South Africa or the Law Society of South Africa,” says Vera Valasis.

The Franchise Association of South Africa is perfectly poised to assume this responsibility and it has been lobbying government to set down its Code of Ethics as an industry code for many years. The definition of a franchise according to the CPA is very wide and provides a gap for unscrupulous business owners to present or sell themselves as franchises when in fact they are not.  Unlike the medical or legal profession, if things go wrong, complainants can’t lodge a complaint with the overseeing industry body. At present the Association accepts complaints only against its own members but in fact almost all complaints received are levied against non-accredited franchises. In order to assist the public, the Association introduced a voluntary dispute resolution service by way of mediation in respect of non-member or non-accredited franchises for a fee but ideally the Code of Ethics should be accepted by the government as the industry’s gold standard.

“It is an insult to accredited franchisors that invest heavily in their brands and consider every aspect of their businesses very carefully before they embark on franchising their businesses – for loosely formed agencies or distributorships that have invested very little into their businesses – to also be called or known as a ‘franchise’”. “These businesses are worlds apart and yet a potential franchisee – unless forewarned and informed of the difference – assumes that a franchise is a franchise and a good investment. The term represents so much yet so little has officially been put in place to protect potential franchisees from making bad investments. The word ‘franchise’ must be heavily protected and guarded to ensure that it is not loosely applied to anything that resembles a business or replication of a concept in any way or form. FASA’s appeal for legislation and government intervention cannot come soon enough” concludes Valasis.

Vera Valasis
Executive Director at FASA
Vera Valasis has been at the helm of the Franchise Association of South Africa for a number of years and holds the distinction of being the first woman to hold the position in the history of the association.  Her experience in franchising spans over 30 years from her early days running restaurants to managing house-hold brands like Milky Lane and Juicy Lucy under the Pleasure Foods brand and before her tenure at the association, Debonairs Pizza and other brands within the Famous Brands stable.  She has been representing South Africa at the annual World Franchise Council meetings since 2006 and is a highly respected and experienced franchise specialist.