Mar 31,2021 Comments Off on A salute to Raymond Ackerman on his 90th birthday from FASA and franchise community FASA News 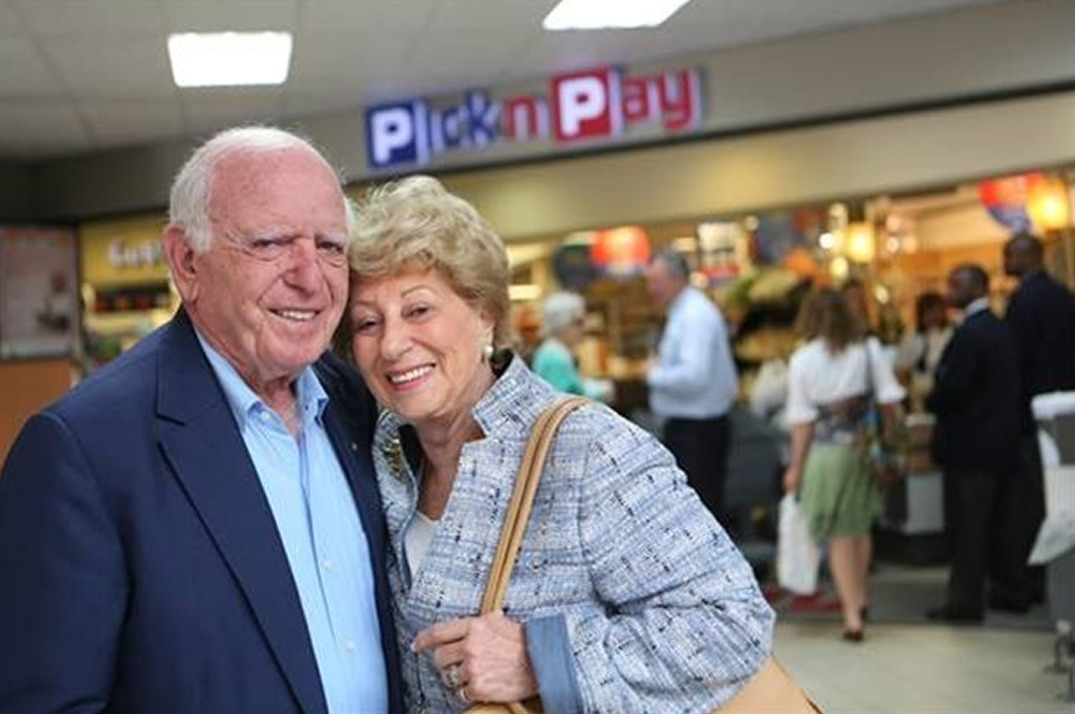 South African businessman Raymond Ackerman  celebrated his 90th birthday on 10 March is held in high esteem by FASA and the franchise community as, as far back as 1993, when he set up its first Pick n Pay franchise in Westville, he has been an avid supporter of entrepreneurship and the franchise business format. What he proved was that a retailer in the supermarket sector can franchise successfully and that a large corporation can be an outstanding franchisor. Above all, helped keep franchising’s strong entrepreneurial spirit alive, afforded hundreds of people the opportunity to own their own stores, who in turn provided employment to thousands of people.

Ackerman purchased the Pick n Pay supermarket group – then just four stores – from Jack Goldin in 1967 and grew it into the retail giant it is today with over 1,900 corporate and franchise stores in South Africa and countries across Africa. This included launching South Africa’s first hypermarket in 1975. Ackerman also launched the retailer’s first private label, No Name, in 1976 to provide customers with good quality products at affordable prices.

To mark his birthday, Ackerman has shared the following open letter to South Africans.

A message to South Africans on my 90th birthday

To be turning 90 seems unreal. It’s a very long time, and if I think back on the many ups and downs, the difficulties we’ve been through as a nation, it’s quite amazing to be writing this at all.

The past year has been brutal. So many families have been bereaved, so many breadwinners have lost their jobs, and so many businesses have gone under. At times, the situation has seemed hopeless.

Yet we are still standing, and the way in which people have got on with life in the most trying circumstances, and cared for one another along the way, is a source of great hope for the future.

It’s true we have enormous difficulties, like most countries, and some particular South African challenges. We will always have difficulties, but I believe very strongly that we have a sound country.

I think back to 1960, when many people were leaving South Africa, and my family and I chose to stay, because we believed there was a great opportunity to work for the end of apartheid and to build a business in a new dispensation.

The foundation of that business and the key to its success was the principle of consumer sovereignty – an idea I had learned at university and which was reinforced during a stay in the United States.

This is the recognition that the aim of business is not simply to maximise profit, as so many business leaders believe, but rather to respect and be a part of the community. Respect for everyone has been at the core of Pick n Pay’s success and I believe it remains the key to our future as a country.

My advice to anyone starting out in the retail business is to understand that, to be successful in retail, you’ve got to really care about your community, care about your society, and care about your people, and thereby achieve your objective of being a successful retailer. It doesn’t happen the other way around.

The role of business, perhaps now more than ever, is to give back and to do good, not only by keeping prices down, and fighting with suppliers to keep prices low, but to help make changes in the country that affect people.

In short, doing good is good business. If we rebuild our economy on this basis, our future will be secure.

The other important thing is to be positive. I have a lot of faith in the future, and I’m not just saying that. Recently, I spoke in a meeting and I was talking about us being very positive about the next 60 years.

They thought I was mad. They thought, well, he’s getting old and we don’t quite understand what he’s saying. But if I was not 90, I’d be planning very strongly for where Pick n Pay should be over the next 60 years. Yes, there are problems, there always will be, but actually what I miss most in retirement is tackling problems.

We’ve always had to build Pick n Pay by trying to be positive, interpreting trends and having a vision for the future. It was never good enough to continue doing as we had always done – we had to inject new ideas into the business to keep it fresh.

These are the qualities that I think will carry us through the tough times we’re experiencing now. We should never forget that, as hard as things may be today, they were infinitely worse not too long ago.

Just as many people today feel things can only get worse, there was a pervasive sense of despair in those years. We were a country at war with itself and the economy was on a downward spiral. And then, as if by a miracle, Nelson Mandela was released and democracy arrived. Everything that so many had dreamed of suddenly came true.

We are in a much better place today.

I’m extremely proud of the way Pick n Pay and our consumers responded to the Covid crisis, through the Feed the Nation programme, which helped to feed 20 million people in this difficult time.

It was a reminder of the principles on which Pick n Pay was founded, of caring for the community, and the most exciting thing for me is that this principle has not only stood the test of time, but it has been successful. Without it, Pick n Pay would not be the business it is today.

In South Africa, we have a sound future. You all have the strength and ability to make it a great one.