A salute to Rajen Reddy

Mar 10,2021 Comments Off on A salute to Rajen Reddy Franchise Tributes 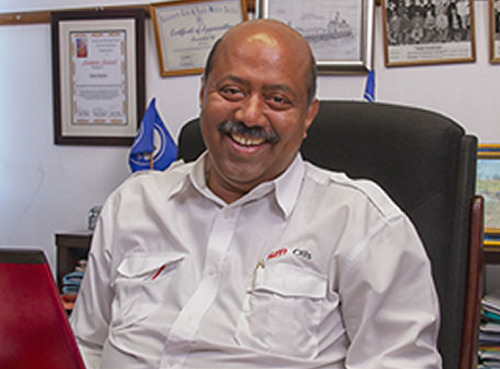 The franchise community extends its heartfelt condolences to the family, friends, and colleagues of Rajen Reddy, the “champion of black economic empowerment and job creator” who died after a month-long battle in an intensive care hospital unit.

“Rajen Reddy was not afraid to get his hands greasy. It is this “can do” attitude that created a modern-day oil baron, heading his own oil and fuel distribution company, KZN Oils. He had tried his hand in the plumbing, construction, takeaway, telecoms, healthcare business, stationery, motor repair and fuel businesses.

With headquarters in Durban and a turnover of more than R1 billion, KZN Oils supplies lubricants and fuel to Transnet’s port operations. Under Rajen Reddy’s fuel and oil core business, he also owned a string of petrol stations and was a major fuel distributor for Chevron/Caltex garages for northern KwaZulu-Natal. Rajen.Reddy employed more than 200 people.

He had an incredible mindset in business; he was not an administrator but a top-class entrepreneur creating opportunity. He could see the end result long before anyone else could and would work hard to realize it. He always said that his biggest problem was not creating a new venture, but it was convincing his staff that there is an end game result that few would anticipate. He had an uncanny way to let opportunity unfold itself. Never in a rush to make business decisions he would only do so if all the chess pieces were in place. He would then roll out any deal that was informed and well calculated.

Rajen Reddy believed that poorly performing staff members could be top performers if trained well. He then established the Ko-lay Academy for this reason which was all about community and improving people’s lives. He believed in never just donating money but creating a process that showed the community how to improve their lives. That is why he believed in franchising. He maintained it was a vessel to ensure that anybody could be an entrepreneur if they had a proven business opportunity. He was in the process of franchising all his business ventures.

A friend had this to say about him. “Rajen Reddy was a phenomenal powerhouse business leader, an influence maker, a philanthropist, and an exceptional game changer. He was a pillar in the Durban community and his death has left a void in so many people, especially business leaders, as he created a seed in thousands of entrepreneurs. Rajen’s humanity and humility spoke volumes.”

From start to completion Robin takes you from a growing business and transforming your already operational business into a franchise brand bringing together all the elements you need such as franchise documentation, trademark registrations, staff training, the rollout of stores-design, project management, loan applications to major banks and SEFA. And last and most importantly showing you how to sell franchise businesses to your ideal franchisee.